Rooted in the human and material makeup of south Tel Aviv, the exhibition attends to the geopolitical expanse via the everyday. The paintings capture a moment of pause or a slight variant on the mundane – an intimate encounter by a traffic island, midday prayer at the repair shop, a rest in a backyard, an ecstatic bicycle ride.

Judaea Navalis (in Hebrew, Yehuda HaYamit) is the name of a main street in Jaffa, connecting Jerusalem Avenue to the port. Formerly known as Faisal Ibn Hussein street,  it was renamed in 1948 after an allegedly ancient Roman coin, commemorating the capture of Jaffa by the Romans in 67 AD. The coin had been declared fake back in 1872. 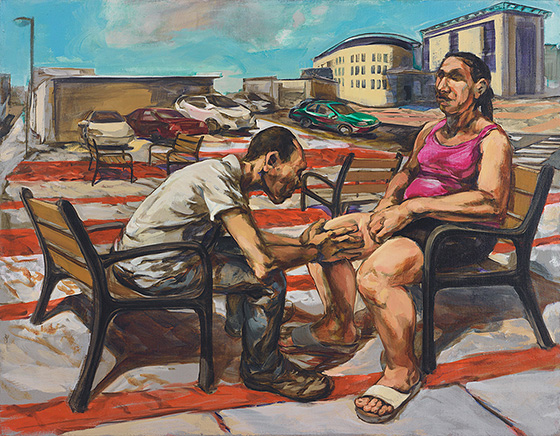 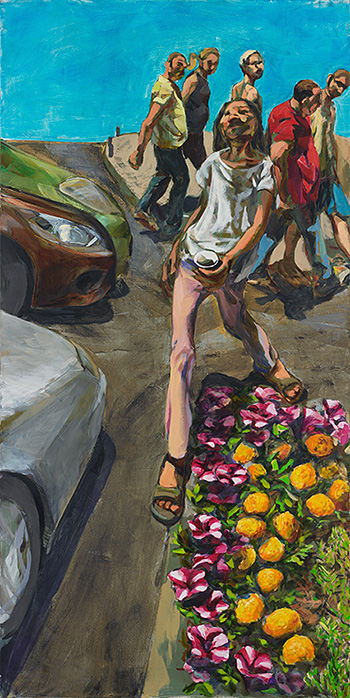 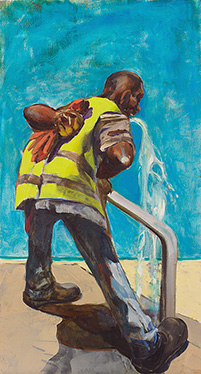 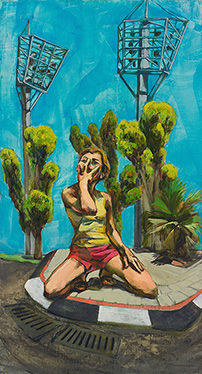 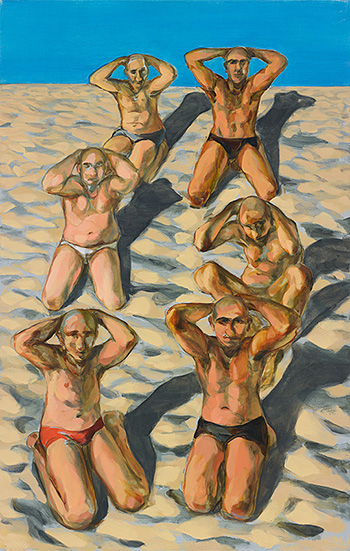 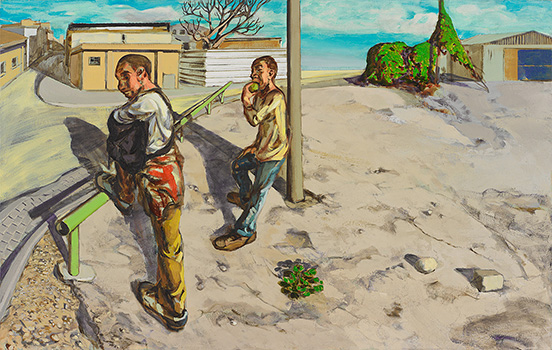 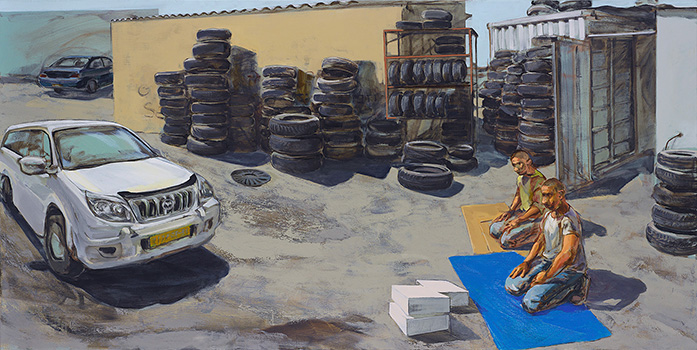 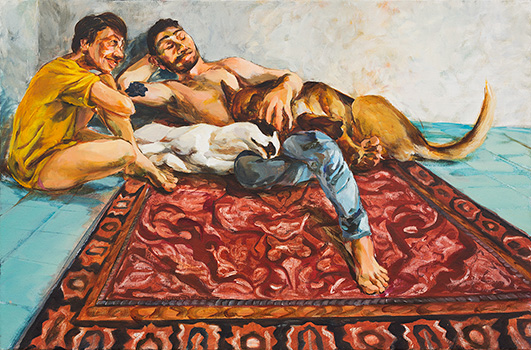 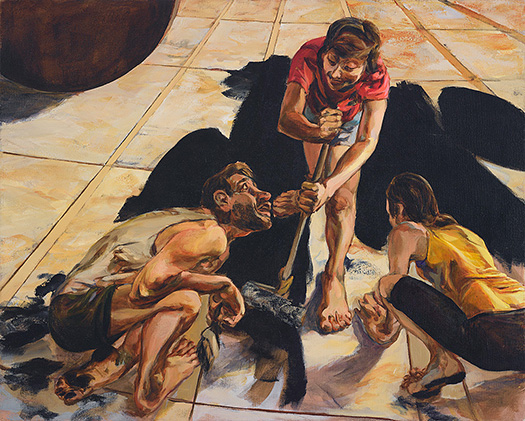 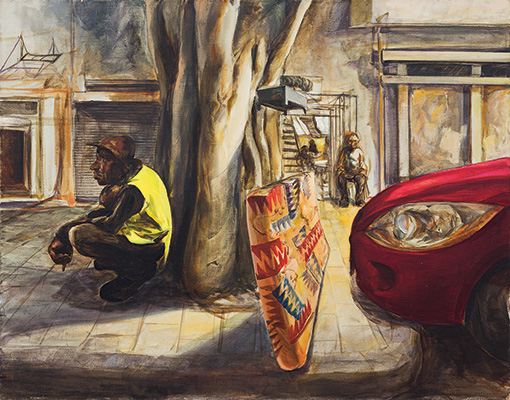 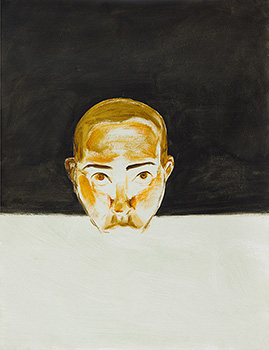 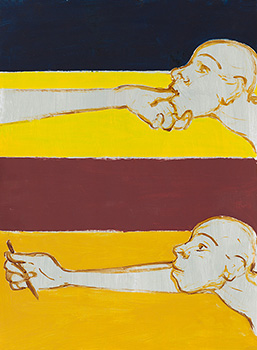 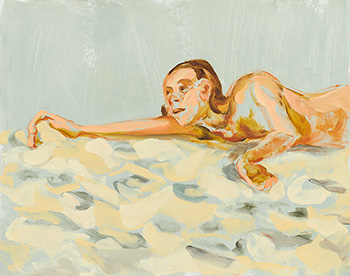 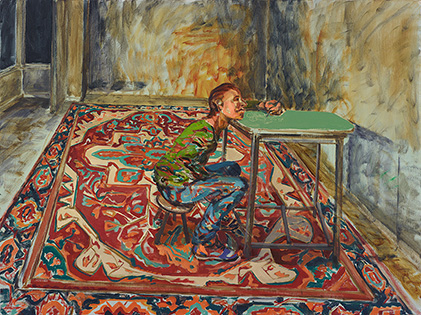 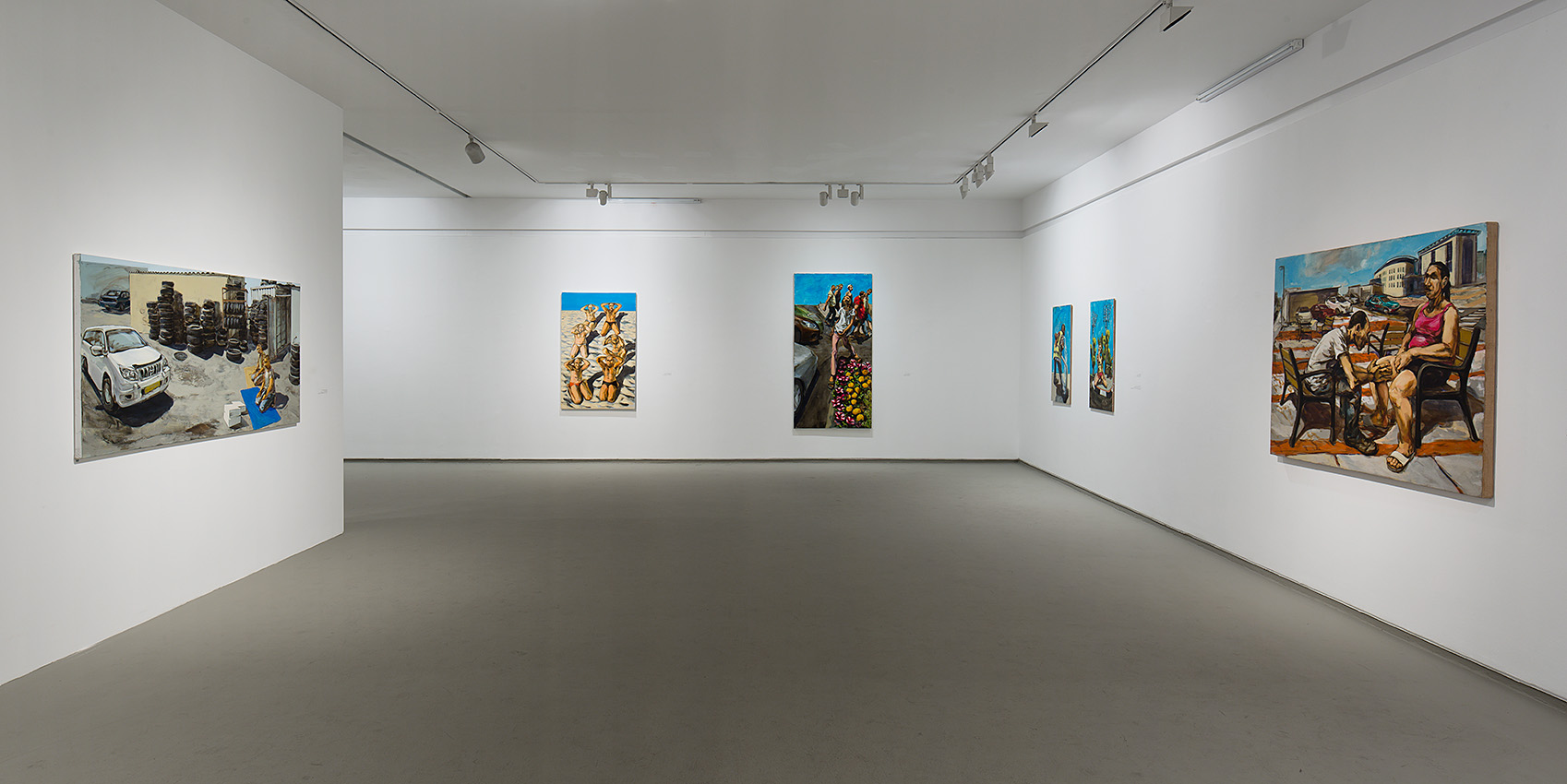 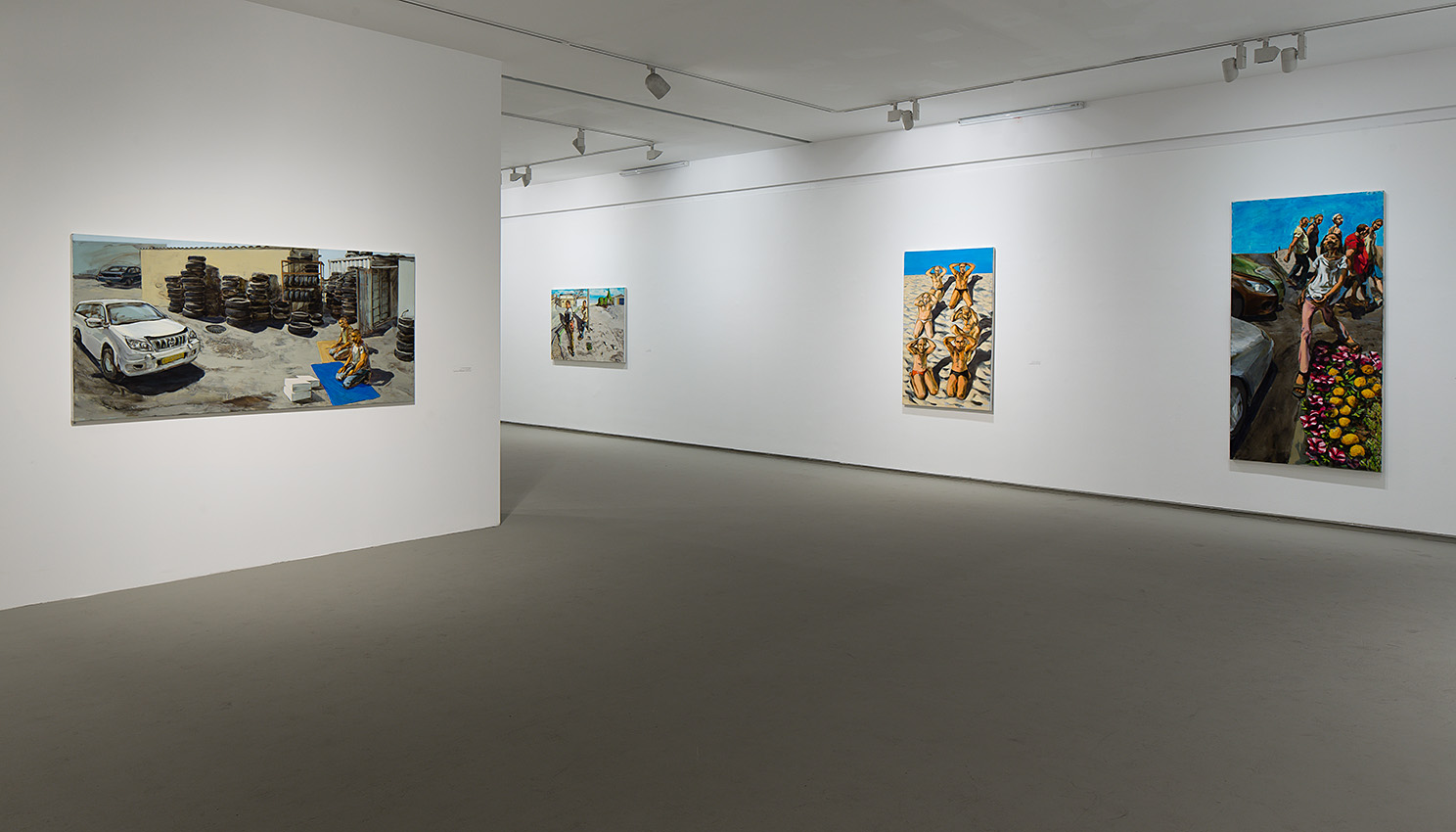 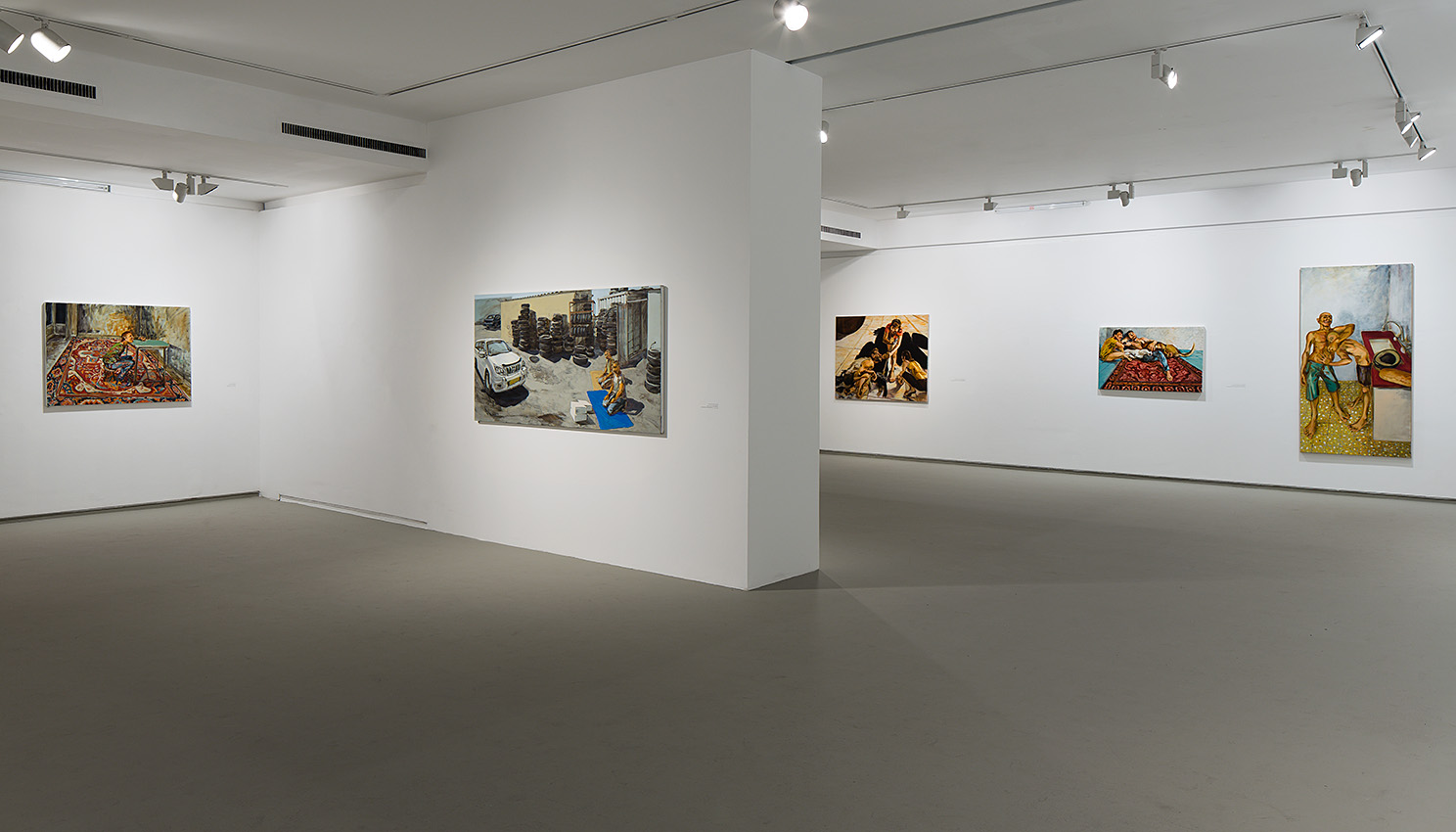 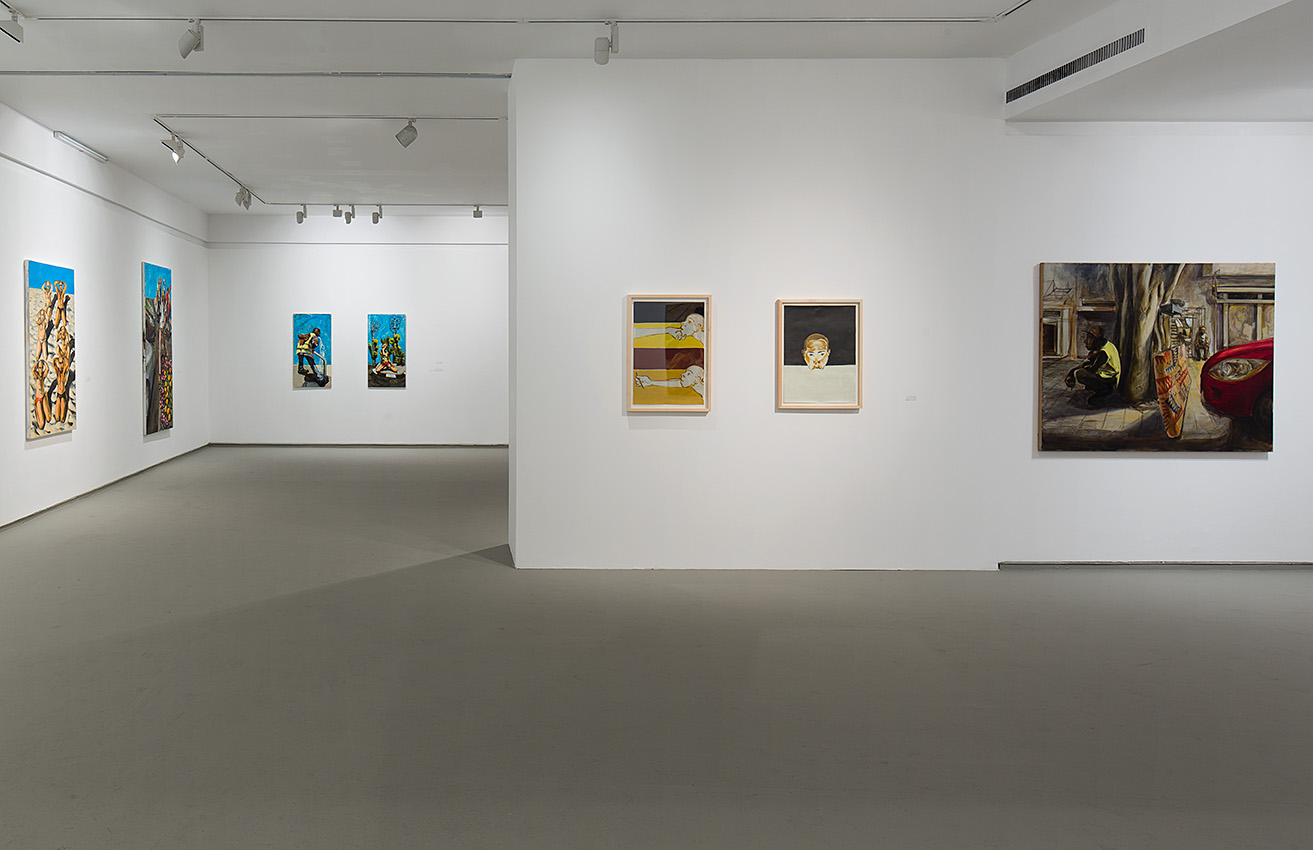